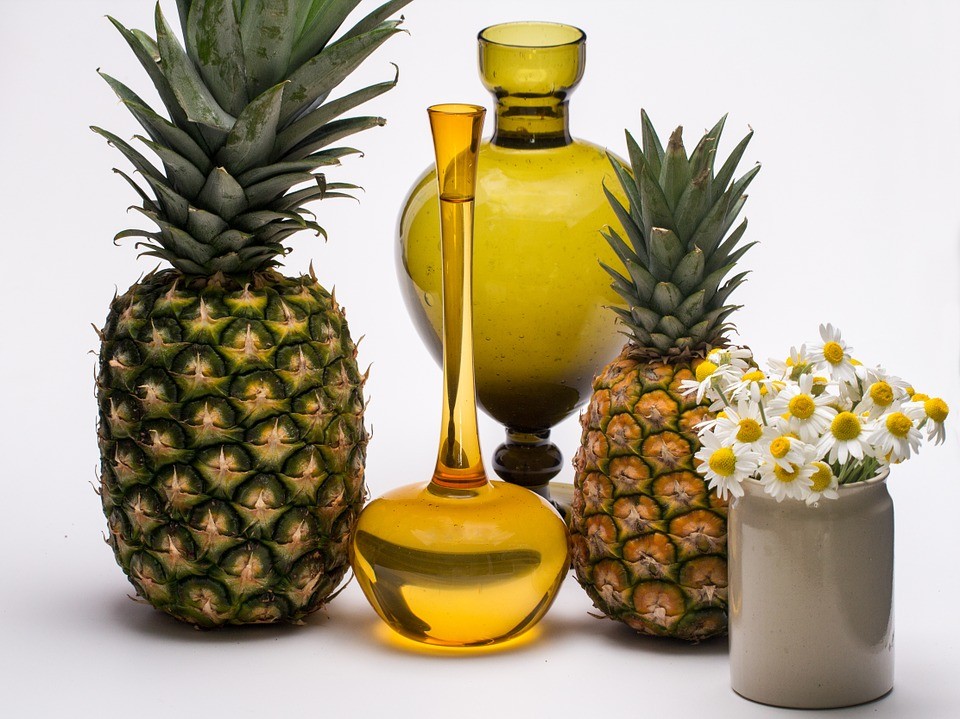 The United States is facing the largest shortage of healthcare practitioners in our country’s history which is compounded by an ever increasing geriatric population. In 2005 there existed one geriatrician for every 5,000 US residents over 65 and only nine of the 145 medical schools trained geriatricians. By 2020 the industry is estimated to be short 200,000 physicians and over a million nurses. Never, in the history of US healthcare, has so much been demanded with so few personnel. Because of this shortage combined with the geriatric population increase, the medical community has to find a way to provide timely, accurate information to those who need it in a uniform fashion. Imagine if flight controllers spoke the native language of their country instead of the current international flight language, English. This example captures the urgency and critical nature of our need for standardized communication in healthcare. A healthy information exchange can help improve safety, reduce length of hospital stays, cut down on medication errors, reduce redundancies in lab testing or procedures and make the health system faster, leaner and more productive. The aging US population along with those impacted by chronic disease like diabetes, cardiovascular disease and asthma will need to see more specialists who will have to find a way to communicate with primary care providers effectively and efficiently.

This efficiency can only be attained by standardizing the manner in which the communication takes place. Healthbridge, a Cincinnati based HIE and one of the largest community based networks, was able to reduce their potential disease outbreaks from 5 to 8 days down to 48 hours with a regional health information exchange. Regarding standardization, one author noted, “Interoperability without standards is like language without grammar. In both cases communication can be achieved but the process is cumbersome and often ineffective.”

United States retailers transitioned over twenty years ago in order to automate inventory, sales, accounting controls which all improve efficiency and effectiveness. While uncomfortable to think of patients as inventory, perhaps this has been part of the reason for the lack of transition in the primary care setting to automation of patient records and data. Imagine a Mom & Pop hardware store on any square in mid America packed with inventory on shelves, ordering duplicate widgets based on lack of information regarding current inventory. Visualize any Home Depot or Lowes and you get a glimpse of how automation has changed the retail sector in terms of scalability and efficiency. Perhaps the “art of medicine” is a barrier to more productive, efficient and smarter medicine. Standards in information exchange have existed since 1989, but recent interfaces have evolved more rapidly thanks to increases in standardization of regional and state health information exchanges.

Major urban centers in Canada and Australia were the first to successfully implement HIE’s. The success of these early networks was linked to an integration with primary care EHR systems already in place. Health Level 7 (HL7) represents the first health language standardization system in the United States, beginning with a meeting at the University of Pennsylvania in 1987. HL7 has been successful in replacing antiquated interactions like faxing, mail and direct provider communication, which often represent duplication and inefficiency. Process interoperability increases human understanding across networks health systems to integrate and communicate. Standardization will ultimately impact how effective that communication functions in the same way that grammar standards foster better communication. The United States National Health Information Network (NHIN) sets the standards that foster this delivery of communication between health networks. HL7 is now on it’s third version which was published in 2004. The goals of HL7 are to increase interoperability, develop coherent standards, educate the industry on standardization and collaborate with other sanctioning bodies like ANSI and ISO who are also concerned with process improvement.

In the United States one of the earliest HIE’s started in Portland Maine. HealthInfoNet is a public-private partnership and is believed to be the largest statewide HIE. The goals of the network are to improve patient safety, enhance the quality of clinical care, increase efficiency, reduce service duplication, identify public threats more quickly and expand patient record access. The four founding groups the Maine Health Access Foundation, Maine CDC, The Maine Quality Forum and Maine Health Information Center (Onpoint Health Data) began their efforts in 2004.

Seventeen US communities have been designated as Beacon Communities across the United States based on their development of HIE’s. These communities’ health focus varies based on the patient population and prevalence of chronic disease states i.e. cvd, diabetes, asthma. The communities focus on specific and measurable improvements in quality, safety and efficiency due to health information exchange improvements. The closest geographical Beacon community to Tennessee, in Byhalia, Mississippi, just south of Memphis, was granted a $100,000 grant by the department of Health and Human Services in September 2011.

The department of Health and Human Services (HHS) is the regulatory agency that oversees health concerns for all Americans. The HHS is divided into ten regions and Tennessee is part of Region IV headquartered out of Atlanta. The Regional Director, Anton J. Gunn is the first African American elected to serve as regional director and brings a wealth of experience to his role based on his public service specifically regarding underserved healthcare patients and health information exchanges. This experience will serve him well as he encounters societal and demographic challenges for underserved and chronically ill patients throughout the southeast area.

The National Health Information Network (NHIN) is a division of HHS that guides the standards of exchange and governs regulatory aspects of health reform. The NHIN collaboration includes departments like the Center for Disease Control (CDC), social security administration, Beacon communities and state HIE’s (ONC).11 The Office of National Coordinator for Health Information Exchange (ONC) has awarded $16 million in additional grants to encourage innovation at the state level. Innovation at the state level will ultimately lead to better patient care through reductions in replicated tests, bridges to care programs for chronic patients leading to continuity and finally timely public health alerts through agencies like the CDC based on this information.12 The Health Information Technology for Economic and Clinical Health (HITECH) Act is funded by dollars from the American Reinvestment and Recovery Act of 2009. HITECH’s goals are to invest dollars in community, regional and state health information exchanges to build effective networks which are connected nationally. Beacon communities and the Statewide Health Information Exchange Cooperative Agreement were initiated through HITECH and ARRA. To date 56 states have received grant awards through these programs totaling 548 million dollars.

In Tennessee the Health Information Exchange has been slower to progress than places like Maine and Indiana based in part on the diversity of our state. The delta has a vastly different patient population and health network than that of middle Tennessee, which differs from eastern Tennessee’s Appalachian region. In August of 2009 the first steps were taken to build a statewide HIE consisting of a non-profit named HIP TN. A board was established at this time with an operations council formed in December. HIP TN’s first initiatives involved connecting the work through Carespark in northeast Tennessee’s s tri-cities region to the Midsouth ehealth Alliance in Memphis. State officials estimated a cost of over 200 million dollars from 2010-2015. The venture involves stakeholders from medical, technical, legal and business backgrounds. The governor in 2010, Phil Bredesen, provided 15 million to match federal funds in addition to issuing an Executive Order establishing the office of eHealth initiatives with oversight by the Office of Administration and Finance and sixteen board members. By March 2010 four workgroups were established to focus on areas like technology, clinical, privacy and security and sustainability.

By May of 2010 data sharing agreements were in place and a production pilot for the statewide HIE was initiated in June 2011 along with a Request for Proposal (RFP) which was sent out to over forty vendors. In July 2010 a fifth workgroup,the consumer advisory group, was added and in September 2010 Tennessee was notified that they were one of the first states to have their plans approved after a release of Program Information Notice (PIN). Over fifty stakeholders came together to evaluate the vendor demonstrations and a contract was signed with the chosen vendor Axolotl on September 30th, 2010. At that time a production goal of July 15th, 2011 was agreed upon and in January 2011 Keith Cox was hired as HIP TN’s CEO. Keith brings twenty six years of tenure in healthcare IT to the collaborative. His previous endeavors include Microsoft, Bellsouth and several entrepreneurial efforts. HIP TN’s mission is to improve access to health information through a statewide collaborative process and provide the infrastructure for security in that exchange. The vision for HIP TN is to be recognized as a state and national leader who support measurable improvements in clinical quality and efficiency to patients, providers and payors with secure HIE. Robert S. Gordon, the board chair for HIPTN states the vision well, “We share the view that while technology is a critical tool, the primary focus is not technology itself, but improving health”. HIP TN is a non profit, 501(c)3, that is solely reliant on state government funding. It is a combination of centralized and decentralized architecture. The key vendors are Axolotl, which acts as the umbrella network, ICA for Memphis and Nashville, with CGI as the vendor in northeast Tennessee.15 Future HIP TN goals include a gateway to the National Health Institute planned for late 2011 and a clinician index in early 2012. Carespark, one of the original regional health exchange networks voted to cease operations on July 11, 2011 based on lack of financial support for it’s new infrastructure. The data sharing agreements included 38 health organizations, nine communities and 250 volunteers.16 Carespark’s closure clarifies the need to build a network that is not solely reliant on public grants to fund it’s efforts, which we will discuss in the final section of this paper.

What are the benefits of fast medicine home delivery?

You can “formula 3 fitness” yourself to complete